Microsoft recently announced that Windows 10 is now running on 1 billion monthly active devices. In celebration of this milestone, chief product officer of Microsoft Corporation’s Microsoft Devices group, Panos Panay, shared a post on his Instagram that hinted at major design changes coming to Windows 10. The video shared by Panos shows different version of Windows up till now with older Windows 10 icons transitioning into newer icons, suggesting a design refresh for the OS. Panos also stated the experience has been “especially humbling.”

The Instagram post reads, “The team made this video to celebrate making it to 1 billion MAD on Windows 10 and I wanted to share it with all of you. Now at a time when so much of our work and communication is taking place through our devices, it’s especially humbling to know that Windows can help empower a billion people to stay connected to the things and people they care about #Windows.”

In the video, the “Designed for a new era” and “Personalised for you” text suggests a new design for Windows 10. The Start Menu has the Microsoft PowerPoint, Word, Teams, and other icons that are seen changing from their current square design to a more circular shape. These icons go in line with what Microsoft announced last month.

The blue background for the tiles in the Start Menu turns darker with the new icons. This new Start Menu design was also teased by Microsoft earlier this month where it was being suspected that the company might get rid of the Live Tiles. A quick transition from light and dark themes is also seen in the video across multiple windows and apps. It ends with the statement “Empowering 1 Billion people.” 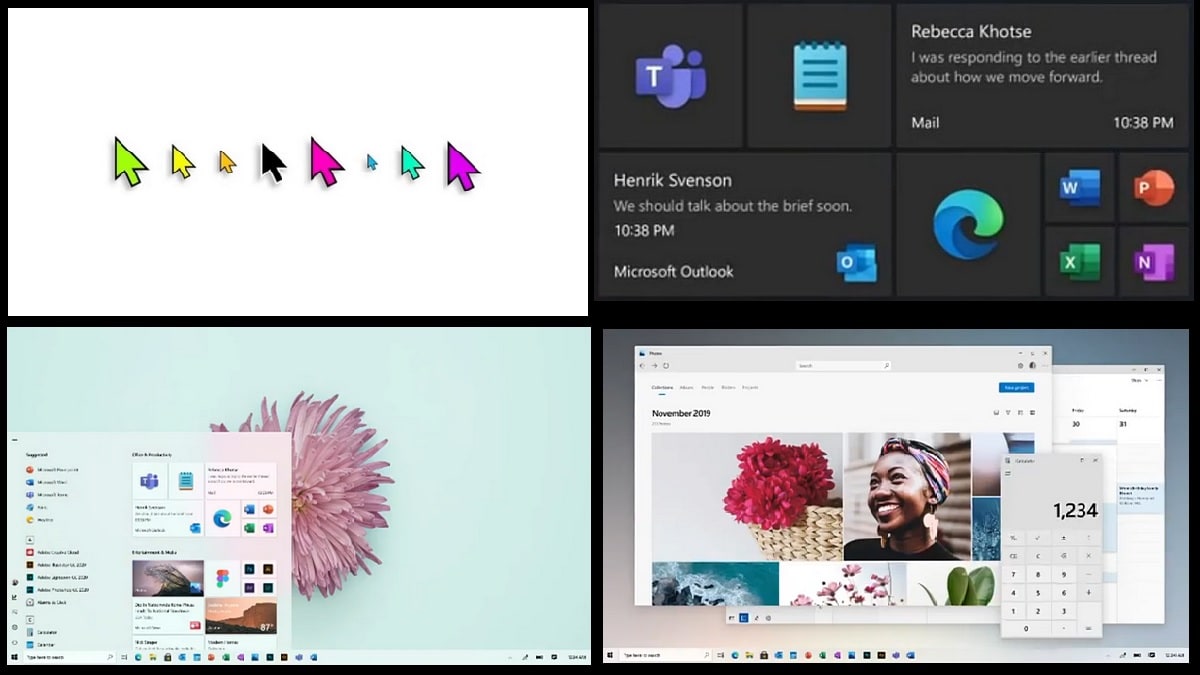 The Files app seems to be the revamped Windows File Explorer and the Calendar as well as the Photos app can be seen with a new design. There is no official announcement from Microsoft on when we will be able to see this design overhaul, as of yet.