Huawei today announced at its online communications conference that the company sold 12 million routers in 2019. The company also talked extensively about the new Wi-Fi 6+ technology and launched two new routers – the Huawei AX3 and AX3 Pro – both of which are claimed to be the world’s first Wi-Fi 6+ routers. The company is touting high speed gains and better coverage with its new lineup of Huawei AX3 series routers. Additionally, Huawei has also launched the 5G CPE Pro 2 router that supports dual-mode 5G (NSA + SA) connectivity.

Starting with the Huawei AX3 series routers, these pack the in-house Lingxiao 650 chip and offer a bandwidth of 160MHz. The Huawei AX3 and AX3 Pro Wi-Fi routers are claimed to provide speeds of up to 2976Mbps. The routers also support the proprietary NFC based pairing system that allows compatible Huawei phones to latch on to their Wi-Fi network by just tapping against the router. 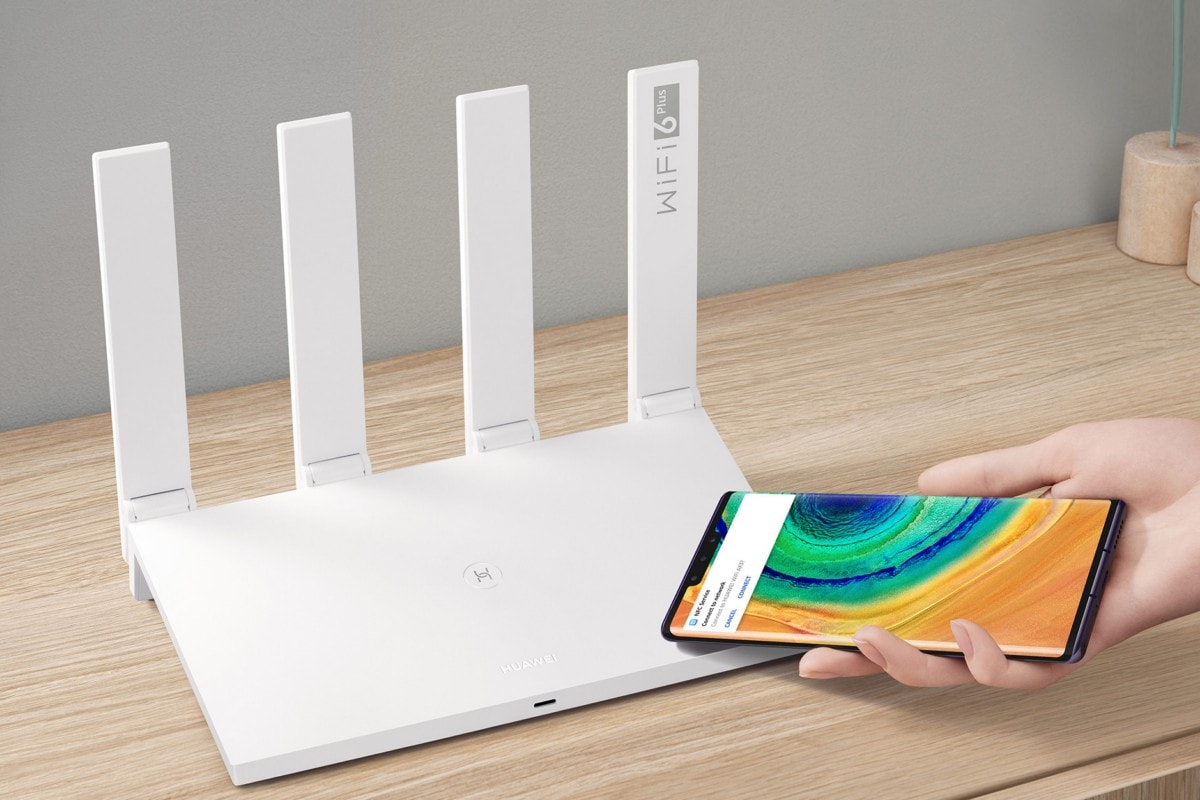 And thanks to the Dynamic Narrow Bandwidth technology, Huawei says its new products offer improved wall penetration to ensure better reception. The Huawei AX3 Pro can simultaneously send data to 4 devices on the 2.4GHz band and 16 devices in the 5GHz band, while connecting with a peak 128 devices on dual-band mode.

The other device introduced by Huawei is the 5G CPE Pro 2 router that supports dual-mode 5G (NSA + SA) connectivity. It is also compatible with the Wi-Fi 6+ standard and is said to offer a theoretical peak download speed of 3.6Gbps. Huawei claims to offer up to 400 percent boost in upload speed and 30 percent latency reduction with its latest networking product. The Huawei 5G CPE Pro 2 router also comes with the Game Turbo technology that is said to reduce latency and packet loss while gaming by up to 30 percent. However, the company is yet to reveal the price and availability details of its AX3, AX3 Pro, and the 5G CPE Pro 2 routers.

Nadeem Sarwar
Aside from dreaming about technology, Nadeem likes to get bamboozled by history and ponder about his avatars in alternate dimensions.